Scottish by birth, UK chef Gordon Ramsay was brought up in Stratford-upon-Avon, England, and initially aspired to be a professional footballer. However, when an injury prematurely put an end to any hopes of a promising career on the pitch, Ramsay went back to college to complete a course in hotel management. His dedication and natural talent led him to train with some of the world’s leading chefs, including Albert Roux and Marco Pierre White in London, and Guy Savoy and Joël Robuchon in France.

In 1993, Ramsay became head chef of Aubergine in London, and within three years Aubergine was awarded two Michelin stars.

In addition to his stars in the UK, Gordon holds two stars at Le Pressoir d'Argent in Bordeaux and one star at Gordon Ramsay au Trianon in Versailles.

Ramsay has also become a star of the small screen both in the US and internationally, with four top-rated FOX shows that air in more than 200 territories worldwide. These critically-acclaimed shows include HELL’S KITCHEN, MASTERCHEF, MASTERCHEF JR., 24 HOURS TO HELL & BACK, GORDON RAMSAY: UNCHARTED and THE F-WORD, as well as UK shows: GORDON, GINO AND FRED: ROADTRIP, GORDON RAMSAY ON COCAINE, CULINARY GENIUS, GORDON BEHIND BARS, ULTIMATE COOKERY COURSE, GORDON’S GREAT ESCAPES and GORDON RAMSAY: SHARK BAIT. In 2016, Ramsay launched his own independent next-generation production company, Studio Ramsay, that develops shows and formats for the U.K., U.S. and digital properties.

While best known as a celebrity chef now, Ramsay is successful in a variety of other ventures outside of food and television. Most notably as a published author, Ramsay has released a number of books, many of which have become bestsellers around the world; including his autobiography, Roasting in Hell's Kitchen. Aside from this, Ramsay has a global partnership with WWRD (Waterford, Wedgwood, Royal Doulton), which offers quality home and lifestyle products as well a Glu Mobile, where his mobile game Restaurant DASH with Gordon Ramsay has been an international success.

In 2006, in recognition of all that Ramsay has contributed to the industry, he received an OBE (Order of the British Empire awarded by Queen Elizabeth II). Since then, Ramsay and his wife, Tana, set up the Gordon and Tana Ramsay Foundation in 2014, to make a meaningful difference to the charities that are important to them. You can find out more about the Gordon and Tana Ramsay Foundation here.

Now, Ramsay splits his time between Los Angeles and South London, where he resides with his wife, Tana and four children, along with their dogs, cats and tortoise. 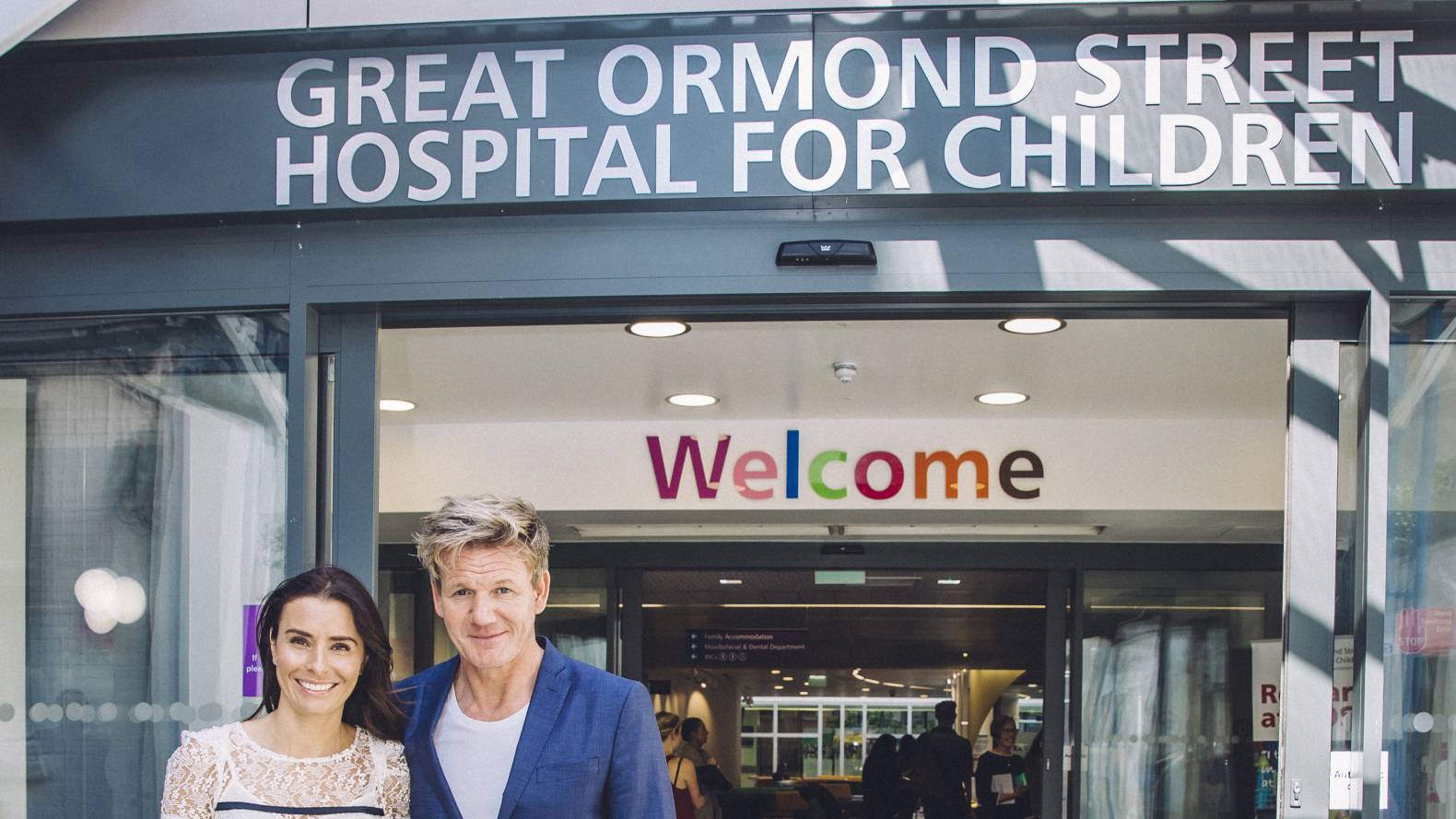 Together, we want to help give some of the sickest children the best chance for life and make GOSH an even more extraordinary place.

Find Out More
Back to Top